Peace Of My Mind

Last week I called in a prescription for a medication refill. When I went to pick it up, I was told it had been delayed. I later got an email informing me my insurance company said it was too soon for a refill. I did not understand this because I was almost out. The pharmacy said they would fill it for retail price which was significantly higher than normal. I looked at my bottle and did the math. I was supposed to have had a 90 day supply and it was only at the 60 day mark. They had shorted me a month’s worth of medication.

So I stormed out of my house at 7:30 PM ready for battle. I was going to “launch an investigation” and “change my pharmacy immediately" for the “obvious incompetence if not fraud” that was clearly at play! When I got there, the young lady listened carefully to my questions and concerns and then apologized for their mistake and gave me the other month's worth. I was satisfied and that was the end of that. All was forgiven and grace abounded.

I am not saying I am perfect or never hold a grudge. But you probably know people for whom that would not have been the end of that. Once they get wound up, it does not matter what is said or done. They came for a fight and will not be satisfied until they have one. Then even after that, they may also continue to harbor ill will. This must be a hard way to live. I once had a lady misunderstand something I said from the pulpit. Even when I explained that I had actually said the opposite, she was never the same toward me. She literally went to her grave with hard feelings about something I did not even say.

I have shared that I can have a quick temper, but I am usually quite ready to give up my anger. I do not like it. I certainly do not want to keep a pot simmering just ready to boil over all the time. There is a familiar quote that speaks truth to this: “Unforgiveness is like drinking poison and waiting for the other person to die.” We are all human and I understand how easy it is to carry resentment when you have been wronged, but Jesus knows how that can also eat away at our souls. At my church, we say it every week so we should live the words, “forgive us our trespasses as we forgive those who trespass against us.” All things considered, I would always rather have peace of mind than give someone a piece of my mind. 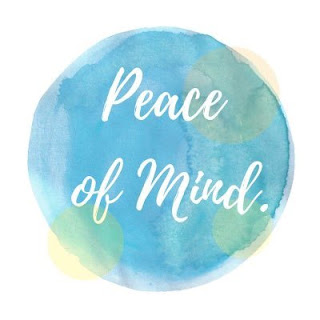