Do Not Be Afraid

With the flip of a switch, I can see.
The light dispels the darkness.
Darkness is not just a symbol or a metaphor.
There is great reality of darkness in our world.
Just as true as anytime in history, our world is shadowed by the darkness of war, poverty, violence, hunger, greed, prejudice.
There is darkness everywhere children are abused or neglected or hungry or taught to hate or fear or despair.
There is darkness in nursing homes and on the streets where people feel abandoned and worthless.
There is darkness as we are living under the dark clouds of health and economic fears unlike anything I have seen before in my lifetime.
But here is the good news: The light shines in the darkness and the darkness does not overcome it.

It seemed quite dark as the women headed to the tomb of Jesus.
Not just because the sun had not risen, but because of all they had witnessed.
This Jesus had seemed like a source of great hope, a light in the darkness of Roman oppression.
He showed them a new way of love and faith.
He showed them the Truth of God.
Now it seemed as though the Romans won after all.
Darkness covered the land in the middle of the day as Jesus hung on one of their cursed crosses.
How they had wept as the stone was rolled in place, sealing Jesus in the dark grave.
Now suddenly, a dazzling bright angel appears to them and the first words he speaks are, “Do not be afraid.”
They are told Jesus lives.
Go and tell the others.
The light was not overcome.
There is no need to fear.
Even when all seems lost.
Weeping may last for a night, but rejoicing comes with the morning. (Psalm 30:5) 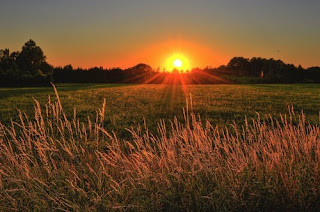 I invite you to follow this link to a 30 second video of a sunrise from my house earlier this week.

I have thought about this sermon a few times in the last weeks. Here are some excerpts from a message I brought years ago that may speak to us in our relative isolation today:

Can you imagine a grown man crying hysterically about losing his volleyball?
Incredible? Silly? Not if you saw the film Cast Away. (Spoiler alert)
Something else incredible is the people who watched the Tom Hanks movie and cried along with him when he lost .
They understood.
They connected with what he felt.
The sole survivor of a FedEx plane crash over the Pacific, he washes ashore along with other debris.
Among the items is a volleyball, brand .
As he attempts to rub wood together to start a fire, Hanks’ character badly cuts his hand and in frustration picks up this volleyball and hurls it.
He later notices that his bloody handprint looks like a face and so he finishes the impression with his blood.
Thus, this volleyball becomes his companion, his conversation partner…even someone to argue with. 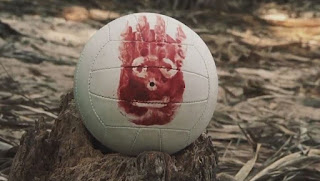 We all have a basic drive to connect.
To connect with others…to belong.
It goes beyond just not wanting to be alone.
It is to be a part of something greater.
We are hopefully blessed to be part of families.
We are also able to choose others to connect with.
Especially close people perhaps become mates.
Some are blessed with best friends.
Others are more blessed to have a tight circle of friends or co-workers or organization, such as say … a church.

Have you ever felt that electric connection in a crowd?
I felt that electric current recently at a basketball game during the National Anthem.
I looked around at all the people and knew we didn’t share the same opinion about everything and we sure didn’t all look the same, but there we were with our hands on our hearts, one nation under God.

That electric atmosphere is a very real phenomenon.
Large numbers of people come together not as an unruly mob, but as an entity greater than itself … cheering, praising or singing the words to the same song.
It can give you goose bumps.
Performers often say they have done particularly well because of the connection with the audience.
It is like a circuit is completed.
Concert means: unity, harmony, accord, agreement.

You may remember a mine accident that happened in 2002 in .
Nine miners were trapped for over 3 days when their shaft flooded with icy cold water.
After several failed rescue attempts, the governor told the media that a little help from the Almighty might be needed.
The day after they were pulled from the ground, the public found out about a vow the miners had made.
The decided to “live or die together” and had tied themselves to one another with rope so if they drowned they would all be found.
It kept individuals from floating away from the group and helped huddle them to keep them warm in the freezing water.
Their connection helped them survive.

That need to connect is God given.
God made us to be in relationship.
In relationship with Him and one another.
It is part of our very make-up.

When you say the word, “connect” these days, for most people it now means getting online on the Internet.
Did you know that in 1992, there were only 50 web pages?
Part of the reason for the explosive growth was how scientific minds across the globe got connected and worked together to create something greater than any them could have imagined.

(A common refrain during this COVID-19 crisis is "We are in this together." I hope that when this passes, we will never take our togetherness for granted and focus on the things that unite rather than divide us.)

By my ciphering, we are in our fourth week of relative isolation. As I lay in bed last night, I found myself reflecting on the account of Jesus’ temptation in the desert. It occurred to me he was much more alone than I have been this entire time. He also did not have nearly the comforts and resources I am surrounded with. As aggravating as this situation is, it could be far more austere.

For one thing, Jesus went without food as he fasted for forty days. He could have commanded a rock to be turned into a loaf of bread, but he felt that was a misuse of his power. As for me, I would have gladly used such power to summon a cheeseburger the other night.

Another temptation Jesus faced was to throw himself from the pinnacle of the temple in Jerusalem in order to demonstrate how angels would prevent him from coming to harm. Jesus refused to do this by the reasoning of Deuteronomy 6:16: “Do not put the Lord your God to the test…”
Here is the very Son of God whom could have the protection of the heavenly host choosing to not abuse it.

Among the most frustrating things happening with our current group restrictions are the preachers and churches who are flaunting the Federal recommendations in the name of faith. They feel they have some special dispensation because they are believers. Frankly, this is on par with the snake handling crowd who base their theology on the short disputed addendum to Mark. Of course, reports are coming in about how some of these same congregations have unwittingly spread the virus amongst themselves. I guess the snake bit them after all.

As a “shepherd” I feel a tremendous responsibility for my flock. I told someone the first week of this mess that if only one person got sick from our having corporate worship I would never forgive myself. Yes…I am a person of faith. Yes… I trust this will end and God will see us through all the hardships that accompany it. However, in the meantime, I will not put the Lord my God to the test.

Jesus had two voices speaking to him during his time in the wilderness. One was his father in heaven and the other was Satan, the tempter. Despite who you may find yourself quarantining with these days, you essentially have the same two voices speaking to you. They may come to you in person, online or on TV.
On the one hand, Satan will whisper to you words of fear, chaos, discord, distrust and selfishness. Why did people hoard items at the expense of others? The devil made them do it of course.
The other voice comes from God. He speaks of encouragement, faith, compassion, peace, patience, community, hope and love.
It is up to you who you listen to. 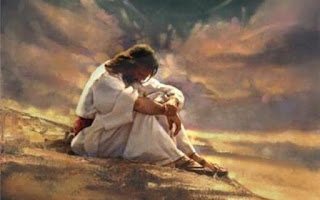